In my capacity as Marketing Manager at HarperCollins UK, I gained extensive experience working across fiction and reference marketing.

During my time working for HarperFiction, I was responsible for a varied list of authors across imprints including HarperVoyager, Killer Reads and Borough Press.

In addition to my campaigns, I managed the digital channel strategy for HarperVoyager – building the community, tracking key metrics, and developing the tone. Alongside this, I managed several author pages for key brands.

At Collins, I was primarily responsible for adult reference titles, alongside managing the digital strategy for our three core brands – Dictionary, Reference, Astronomy – and National Geographic Kids UK (as part of our publishing partnership).

Won a BMS award in January 2020 for Dawn O’Porter’s So Lucky (Highly Commended Adult Fiction Campaign)
Won two BMS awards in November 2019 for HarperVoyager’s #StartYourVoyage (Winner Multi-Title Campaign) and Susan Lewis’ One Minute Later (Spotlight On Audience Development)
Achieved a Sunday Times no. 1 bestseller for Bernard Cornwell’s WAR LORD, with a year long multi-channel campaign that broke multiple records for the brand
Charted at no. 3 for S.J. Parris’ Execution with a long-tail pre-order focused campaign
Charted at no. 6 with a creative campaign for Emma Jane Unsworth’s second novel, #ADULTS🙃
Charted at no. 8 and quadrupled pre-order target for Dawn O’Porter’s So Lucky
Achieved Sunday Times top 10 position for Dawn O’Porter’s non-fiction Life In Pieces
Achieved Sunday Times top 10 position and a Kindle number 1 bestseller for Susan Lewis
Grew a brand author’s newsletter database by over 850% in less than 6 months
Increased HarperVoyager’s social engagement by over 30% in just three months
Successful launch of Collins Word of the Year 2018 campaign, delivering 2.2% uplift in media coverage and significant uplift in social media engagement
Increased Astronomy subscriber list by 128% in a 6-month period
Increased @NatGeoKidsUK Twitter following by 105% in a 3-month period
Increased overall traffic to CollinsDictionary.com blog by 329% within 6 months of joining, with several pieces of content ranking in the top 10 most visited blogs for 2017 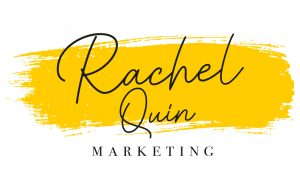 By subscribing to the newsletter, you’ll receive marketing tips and tricks, blog content and case studies.

We use cookies on our website to give you the most relevant experience by remembering your preferences and repeat visits. By clicking “Accept”, you consent to this use.
Cookie settingsACCEPT
Manage consent

This website uses cookies to improve your experience while you navigate through the website. Out of these, the cookies that are categorized as necessary are stored on your browser as they are essential for the working of basic functionalities of the website. We also use third-party cookies that help us analyze and understand how you use this website. These cookies will be stored in your browser only with your consent. You also have the option to opt-out of these cookies. But opting out of some of these cookies may affect your browsing experience.
Necessary Always Enabled
Necessary cookies are absolutely essential for the website to function properly. These cookies ensure basic functionalities and security features of the website, anonymously.
Functional
Functional cookies help to perform certain functionalities like sharing the content of the website on social media platforms, collect feedbacks, and other third-party features.
Performance
Performance cookies are used to understand and analyze the key performance indexes of the website which helps in delivering a better user experience for the visitors.
Analytics
Analytical cookies are used to understand how visitors interact with the website. These cookies help provide information on metrics the number of visitors, bounce rate, traffic source, etc.
Advertisement
Advertisement cookies are used to provide visitors with relevant ads and marketing campaigns. These cookies track visitors across websites and collect information to provide customized ads.
Others
Other uncategorized cookies are those that are being analyzed and have not been classified into a category as yet.
SAVE & ACCEPT